Music has always been a lifeline — whether getting us through heartbreaks, arousing the butterflies induced by love, or accommodating a milestone celebration. Music has been there for us during the most memorable and challenging times. As we move through 2021 and think back to (or even try to forget) 2020, there was a group of musical ‘heroes’ who stuck by our sides and continue to help us move forward.

15 music artists who helped heal us through a pandemic, brought back joy through memories, and expressed everything we needed them to — because we couldn’t.

Soft Glas – Life’s detours, curveballs, and letdowns are no match for this reflective artist, whose real name is Joao Gonzalez. Soft Glas uses everything life throws at him as fuel for his creative fire, as this indie/ pop-rock singer explores and taps into his Cuban heritage. Released on March 19, 2021, “How Strange” is an album in many ways unlike his previous three: traversing the ambiguities of passing time – including the emotions associated with relationships and a self-image that fall victim to the unstoppable and inevitable. Soft Glas lays his life bare in an almost dreamy state, bolstered by hypnotic melodies and harmonizations throughout the album.

Charm La’Donna – Though she may be a “new artist,” Charm La’Donna has an extensive resume and history of creative directing and choreographing some of your favorite artists’ performances – including The Weeknd, Selena Gomez, Dua Lipa, Kendrick Lamar, J. Balvin, and Rosalia. Hailing from Compton, this emcee raps beyond men and money, embracing young women coming up in hoods across the nation while promoting self-love, resilience, and family with catchy hooks and powerfully confident deliveries. Charm released three singles before the arrival of her debut EP, “La’Donna,” on April 9th: “Queen,” “Westside,” and “Palm Trees,”; which have exemplified her transition from behind the scenes professional to spotlight musician.

VINCINT – The days of new talent found through television shows still prove to be a working formula, as VINCINT — a former contestant on The Four — prepares for the summer release (June 11th) of his debut album, “There Will Be Tears.” The first single from the album, titled “Higher,” features Alex Newell for a groovy, upbeat pop hit, while the album will feature artist collaborations with Tegan and Sara, Qveen Herby, Parson James, and writing credits by JHart, Betty Who, and more. VINCINT, recently shared a list of artists who inspire him with Billboard and will be appearing in this year’s Raising Voices event hosted by Adam Lambert, among such stars and friends as Parson James, Qveen Herby, Ty Sunderland, and more.

Where to Download & Purchase “There Will Be Tears” & “Higher”: SoundCloud and all digital music streaming platforms.
Instagram: @vincint

Trousdale – Their passion drives this trio of powerful females to empower young women everywhere and they are inspired by the likes of Kacey Musgraves, HAIM, and even social issues across the world. Trousdale’s Quinn D’Andrea, Georgia Greene, and Lauren Jones cover various genres, including Americana, folk, pop, and country. The band’s most recent release, “Look Around” (EP), arrived on April 2nd, and “Wouldn’t Come Back” is the feature single from the record, accompanied by a touching official music video released on February 14th and a new live music video released on May 2nd.

Where to Download & Purchase “Look Around” and “Wouldn’t Come Back”: www.independent.ffm.to/lookaround and digital music streaming platforms.
Instagram: @trousdalemusic

Drew Vision – Independent, self-made, and committed to authenticity, Drew Vision is an R&B and soul singer, model, and actor garnering attention from some of LA’s top casting directors and executives. Proving that R&B is alive and well, Drew released the single, “Stay,” to widespread praise as it played tenderly on listeners’ heartstrings. Inspired by other musicians who seek their own unique originality and the world around him, this artist has grabbed the attention of People, Billboard, Essence and has been in rotation on BET for six weeks.

M.A.G.S. – Buffalo-bred, Los Angeles-based artist Elliott Douglas, whose solo moniker is M.A.G.S., has a style that seamlessly glides between genres – from funky garage to minty alt-pop. He released his first solo record in 2015, an EP titled “Cellophane,” and his self-titled album arrived two years later – securing a seat amongst the most prominent indie/alt-rock artists with his universal appeal. Though he most recently released three singles titled “Choked Out,” “Sunrise,” and “Smile,” M.A.G.S. will drop his debut LP, “Say Things That Matter,” on August 13, 2021.

HENAO – TIDAL has nominated the Colombian-American artist taking on both the Latin and English music markets, HENAO as one of the emerging artists of 2020. Additionally, she will be debuting her very first full Latin R&B single, called “Me Quede,” alongside 6x Grammy-Nominated Songwriter and Producer SAK PASE – notably known for his work with Rihanna, Kanye West, and Jennifer Lopez. Visually inspired, HENAO develops a vision around herself based on concepts, stories, and mood boards, then creates the visual aspect that later builds the foundation to create her songs. “Me Quede” arrives Friday, May 28th.

YONAKA – Rock and indie-pop band YONAKA recently released their latest single, “Call Me A Saint,” on May 6th while releasing two other singles in March and January. “Ordinary” released in March and “Seize The Power” released in January, while all three single releases were written, performed, and produced entirely by the band. Inspired by several artists – including Lady Gaga, Kanye West, and Mastodon – movies, and real-life itself, these artists form songs influenced by their very sources of inspiration. For example, after watching the films “Monster” and “Girl, Interrupted,” the band went on to form songs around them — one of which is already out, called “Death by Love,” and another currently unreleased.

V. Cartier – A California native, V. Cartier is an artist who blends R&B, pop, and dance and has been encompassed in music for his entire life. Singer, songwriter, saxophonist, and international musical educator, V. has accomplished over 7 million streams and 18 editorial Spotify and Apple playlist placements without any formal promotion or social media push. In addition to the most recent single released on May 21st, titled “Touching,” V. is currently working on an EP of mid-tempo and uptempo tracks for summer 2021 to “make people dance!”

Hey, King! – Hoping to help listeners remember who they are at their cores, Hey, King! is an indie rock band duo that finds inspiration among artists who share their authentic selves. They recently released their self-titled debut LP on April 2nd, which 4x Grammy winner Ben Harper produced. The album is brimming with themes of love, resilience, and female empowerment anthems. Among the recent releases are also their music videos for singles, “Beautiful” and “Sorry,” and an at-home performance of “Morning” for Rolling Stone. “Putting out this record during the pandemic took shows away from us, but allowed us to step up our filmmaking game, producing, co-directing, and co-editing all of our music videos this past year,” Hey, King! said of their recent music videos.

Porsh Bet$ – With a debut EP arriving this summer, this 21-year-old Harlem native is ready to turn up the heat this summer with a mix of alternative everything. Porsh Bet$ embraces all genres of music, fluidly moving from alt-pop to alt-R&B throughout his upcoming debut EP, “I Used to Think Forever.” Influenced by his upbringing of being half Puerto Rican and Black, his non-conformist ideologies, and his real-life developments, Porsh Bet$ is mastering the art of transferring his inner thoughts into music to reveal his identity through a genuine, multi-layered soundscape.

JKing – R&B and soul singer JKing intends to make it known that he’s someone to watch in 2021, as he’s transitioned from working with big names in R&B to making music alongside them. JKing, who is inspired by Brandy, has been in love with the R&B genre since he first heard her voice and even won his 11th-grade talent show by singing Musiq Soulchild’s “Love” – subsequently getting the word tattooed on himself. The year is shaping up to be lively for the young artist, as JKing recently released “Permission,” the second single off his forthcoming EP entitled “F*ck It Vibes,” which will land this summer.

Prinze George – Inspired by their hometown roots of Prince George’s County, Maryland, Prinze George is an American alternative pop band formed by life-long partners, Kenny Grimm (Producer), Naomi Almquist (Vocalist), in 2013 — and soon after joined by Isabelle De Leon (Drummer). Through 2019, they expanded their following and broke through genre barriers thanks to a string of collaborations with some of the industry’s top artists, like Carnage, Diplo, G-Eazy & Wiz Khalifa. With their latest single, “Off My Ass,” having released April 30th, Prinze George recently launched their second EP, “Happy Garden,” and will launch their sophomore album this summer titled “Town Hall.” The team expects a summer rollout for Part 1, complete with visual content.

Apollo Mighty – Singing in choirs since he was eight years old, Apollo Mighty just released his sixth single, “Smile,” on May 14th. Musically inspired by 90’s R&B artists, such as Brandy, Brian Mcknight, and Whitney Houston, he is also ramping up for the release of his mindfulness Podcast for creatives this month, called “RIGHT NOW, RIGHT HERE,” which will connect on topics centered around growth, spirituality, and mindfulness. The Chicago artist’s previous releases include “Solid Gold,” “Forbidden Fruit,” “Let Go,” “Talk,” “Bless My Soul,” and the EP project “Behavior,” which have amassed over 600,000 streams across platforms.

Where to Download & Purchase “Smile” and Listen to the Podcast: www.orcd.co/apollomightysmile and all digital music streaming platforms; Spotify and Apple Podcasts.
Instagram: @apollomighty

Watson – Born in Los Angeles of Haitian descent, Watson creates music that spans across a diverse array of musical genres and styles that Watson himself creatively defines — “sadboi pop,” “sex rap,” “future R&B,” “internet alternative,” and “post-pop indie” are just a few. Constantly inspired by the world around him (and occasionally by Netflix Originals), Watson released his debut EP in June 2020, titled “Hallelujah, I’m Free,” and its single, “Dance Alone,” became an instant viral Tik-Tok sensation. Watson is releasing a ton of new music this year, including two releases each month for the entire Summer. 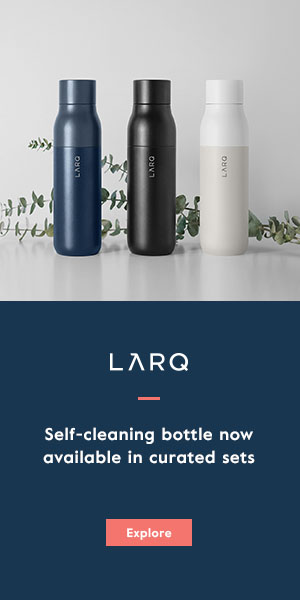